I recently read a report by the Yorkshire Building Society that 54% of the country has seen wages (salaries) rise faster than property prices in the last 10 years. The report said that in the Midlands and North, salaries had outperformed property prices since 2007, whilst in other parts of the UK, especially in the South, the opposite has happened and property prices have outperformed salaries quite noticeably.

As regular readers of my blog know, I always like to find out what has actually happened locally in Rugby. To talk of North and South is not specific enough for me. Therefore, to start, I looked at what has happened to salaries locally since 2007. Looking at the Office of National Statistics (ONS) data for Rugby Borough Council, some interesting figures came out… 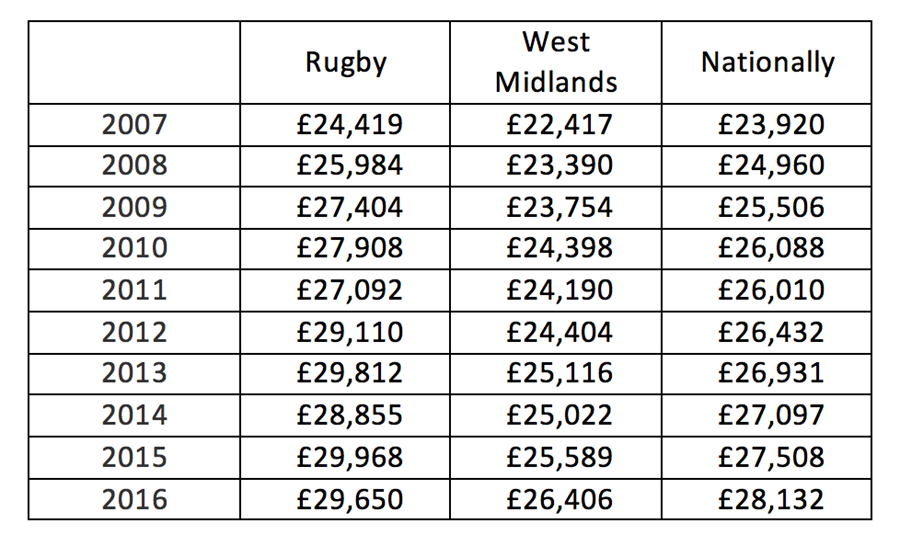 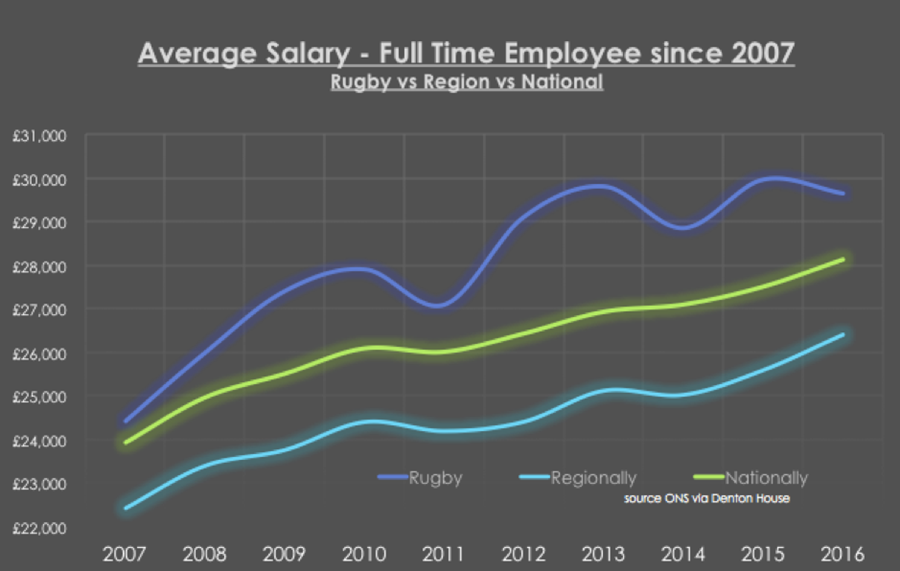 Salaries in Rugby have risen by 21.42% since 2007 (although it’s been a bit of a rollercoaster ride to get there!) – interesting when you compare that with what has happened to salaries regionally (an increase of 17.79%) and nationally, an increase of 17.61%.

Next, I needed to find what had happened to property prices locally over the same time frame of 2007 and today. Net property values in Rugby are 23.77% higher than they were in late 2007 (not forgetting they did dip in 2008 and 2009). Therefore…

Property values in the Rugby area have increased at a higher rate than wages to the tune of 2.35% … meaning, Rugby is bucking the regional trend 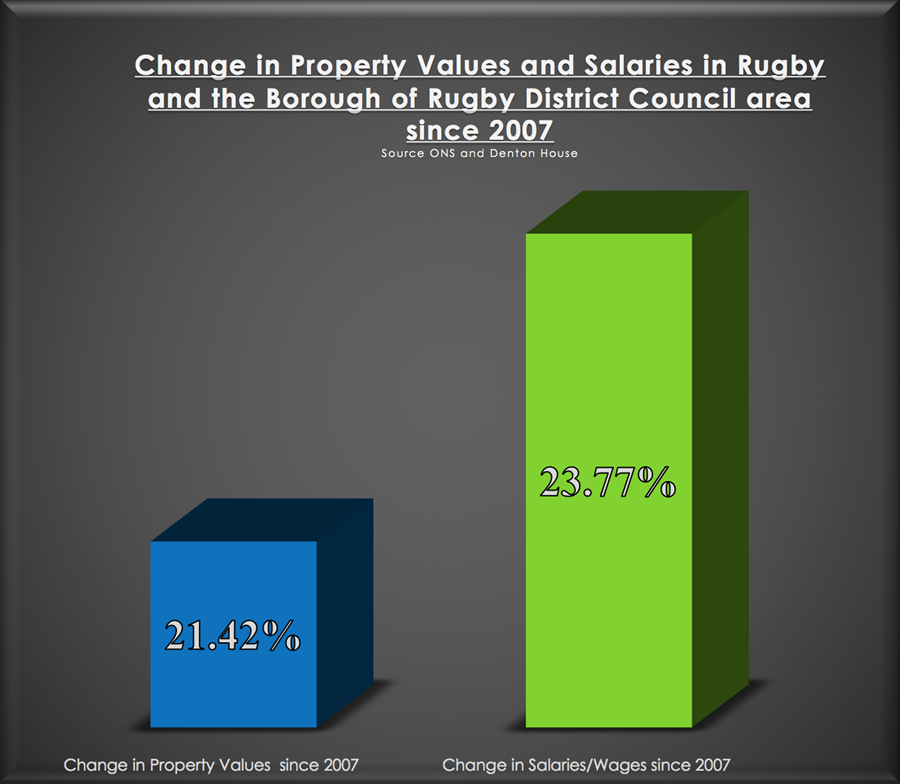 All this is important, as the relationship between salaries and property values is the basis on how affordable property is to first (and second, third etc.) time buyers. It is also vitally relevant for Rugby landlords as they need to be aware of this when making their buy-to-let plans for the future. If more Rugby people are buying, then demand for Rugby rental properties will drop (and vice versa).

As I have discussed in a few articles in my blog recently, this issue of ‘property-affordability’ is a great bellwether to the future direction of the Rugby property market. Now of course, it isn’t as simple as comparing salaries and property prices, as that measurement disregards issues such as low mortgage rates and the diminishing proportion of disposable income that is spent on mortgage repayments.

On the face of it, the change between 2007 and 2017 in terms of the ‘property-affordability’ hasn’t been that great. However, look back another 10 years to 1997, and that tells a completely different story. Nationally, the affordability of property more than halved between 1997 and today. In 1997, house prices were on average 3.5 times workers’ annual wages, whereas in 2016 workers could typically expect to spend around 7.7 times annual wages on purchasing a home.

The issue of a lack of homeownership has its roots in the 1980’s and 1990’s. It’s quite hard as a tenant to pay your rent and save money for a deposit simultaneously, meaning for many Rugby people, home ownership isn’t a realistic goal. Earlier in the year, the Tories released proposals to combat the country’s ‘broken’ housing market, setting out plans to make renting more affordable, while increasing the security of rental deals and threatening to bring tougher legal action to cases involving bad landlords.

This is all great news for Rugby tenants and decent law-abiding Rugby landlords (and indirectly owner occupier homeowners). Whatever has happened to salaries or property prices in Rugby in the last 10 (or 20) years … the demand for decent high-quality rental property keeps growing. If you want a chat about where the Rugby property market is going – please read my other blog posts on http://www.rugbypropertyblog.wordpress.com or drop me note via email, like many Rugby landlords are doing.